The Road to Belgium

At 15, and with my parents having forgotten how to play nice together, I wanted to join a group of friends on a trip to Belgium with the Rotary Club. They both told me that the money needed was too much and they could not fund me.

Though their relationship with each other was in a sad state and the fact that both had new partners, it would have been easy to give up my dream. Something that they had given me was drive. I wanted this trip and so I set out to fund raising for the trip.

When I got them together to tell them that I had raised 50% of the monies needed they were impressed. When I told them that they, all 4 of them, were going to help me get the other 50%, they were shocked. I gave them the dates and times of the meeting with Rotary, along with instructions to come prepared to make their 25% per couple a reality.

To my delight, they all agreed. Over the month or so that followed they attended and participated in 5 meetings and they did come up with their portions.

The best part was that they realized that they could work together on things and get me on the road to becoming a better me and our family, a better us. In no small way, this was a salvage job, one that worked for all of us.

Submitted by The Common Grounders, LICRSH 2017 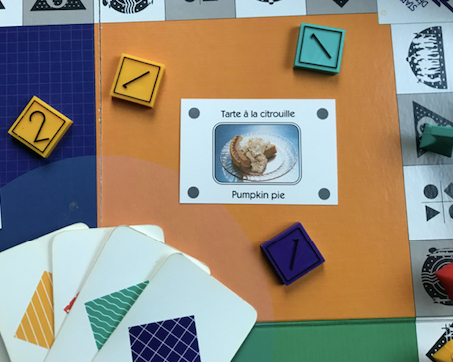 From my teen years through my 20s, my mother and I had many points of strained communication. While we never broke off contact, the risk of misunderstandings and conflict was high.

The degree of misunderstanding was crystallized in one particular family board game night. We were on opposite teams playing Personal Preference. The game calls for players to rank 4 items (in this case food items) in order of Personal Preference. Other teams guess the order of preference, and points are awarded on the basis of guessing correctly. I happened to pull “pumpkin pie” as one of the items I had to rank. I loathe pumpkin pie, and have always loathed it. Over 28 Thanksgivings, Christmas dinners, and other family events, I had never eaten pumpkin pie. Yet, my mother’s team ranked pumpkin pie as my favourite of the dishes. When I shared my ranking, I was accused of lying to win! My mother insisted that I not only love pumpkin pie, but always stole any leftovers in the middle of the night when everyone else was asleep! (My father had the good grace to look a tad embarrassed about that…)

The argument was ridiculous and prolonged; it became a flashpoint for years of misunderstanding and miscommunication. It led to a moment of me storming away declaring loudly that I have always hated pumpkin pie! My sister’s (then) boyfriend arrived just in time for this dramatic end to a very heated argument. His quiet comment that, “Well, we know for sure to avoid pumpkin pie” is still repeated in our family as a reminder to find ways to de-escalate.

The flashpoint was ridiculous, but the effects were profound. Pumpkin pie became a symbol of listening without rebutting, and the relationship improved dramatically almost immediately. 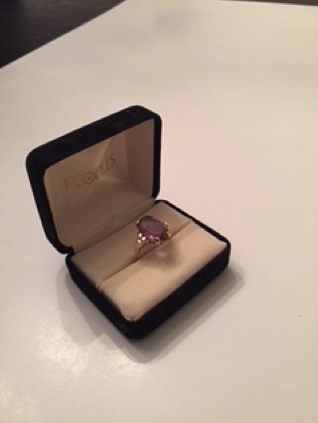 Two sisters enjoyed a close relationship their entire lives, until their mother’s death. The mom suffered from dementia before she passed and unfortunately her memory loss caused a terrible misunderstanding. Unbeknownst to each other, she had promised her most cherished ring to both sisters.

The sisters were deeply hurt and disappointed in each other when they both tried to claim the ring. They each thought the other was acting jealous and greedy. Rather than talking about it and clearing up the misunderstanding, they both chose silence. Due to their silence and stubbornness, their relationship unravelled to a point where they rarely spoke to each other.

Their father was also in poor health and he wanted desperately to help repair their relationship in the short time he had left. He summoned the sisters to his home and when they arrived, they met their father with a stranger, who was introduced as a family mediator.

The sisters agreed to mediate because they both had heavy hearts and missed their friendship terribly. The mediator was able to help them open up for the first time in years and the misunderstanding was quickly revealed. It was an emotional process involving willingness, honesty, heartfelt apologies and forgiveness.

At the end of the day, the sisters decided that neither would keep the ring, but would instead give it to their brother’s daughter, who was the only female grandchild in the family.

Submitted by The Parleying Pirates, LICRSH 2017 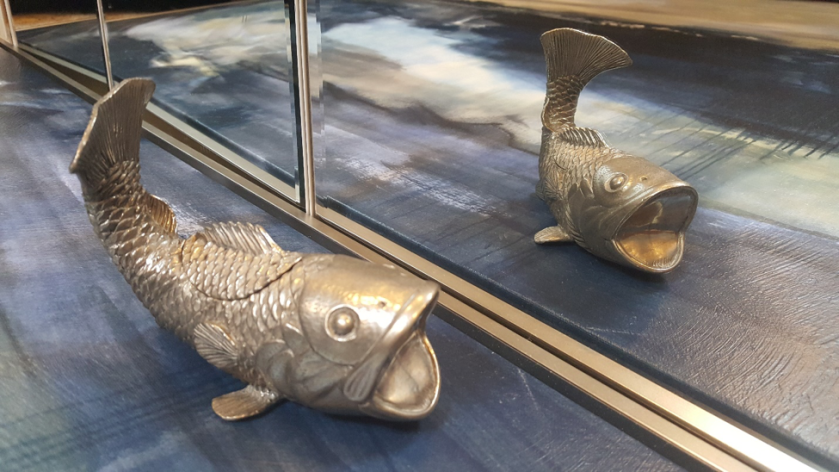 Although we were lifelong friends and lived only a few miles apart, we hadn’t seen each other for months.  I had grown resentful of his effortless successes in life and he disagreed with most of my political beliefs, which admittedly had become more rigid and outspoken recently.  The slow unraveling of our friendship became apparent the last few times we met.  What had been easy pauses in conversations became awkward silences broken only by an occasional passive-aggressive remark or question.  I made an excuse to break a coffee meeting, and neither of us made any attempt to reschedule.

The pewter fish appeared on my porch one day with a note from my friend:  “Heard that you are pescatarian now.  Here is some inspiration.”  Weeks passed until the guilty burden of unexpressed gratitude outweighed the pride of righteous indignation on my part.  I sent him a text:  “thx for the fish  meet for coffee tues?”  We’ll see…

When I was younger, I struggled with anger issues which translated into rare – but terrifying – episodes of violent rage. Around this same time, my younger sister was going through a phase of picking a whole lot of fights. The two things together could get… explosive.

On one such occasion, my sister had started some very minor argument that should not have bothered me much at all, but for some reason triggered one of these particularly vicious responses in me. Despite the fact that I was quite literally seeing red, however, I was still able to recognize that my sister was not deserving of a physical attack. So, when the frustration and rage overcame me, in order to not do her harm, I turned myself towards a wall.

The wall did not survive the kick I gave it, but my relationship with my sister did. And, frankly, I never liked a wall half as much as I like my sister. Well worth the new drywall, the embarrassing story, and the aesthetically unappealing placement of a houseplant to hide the damage.